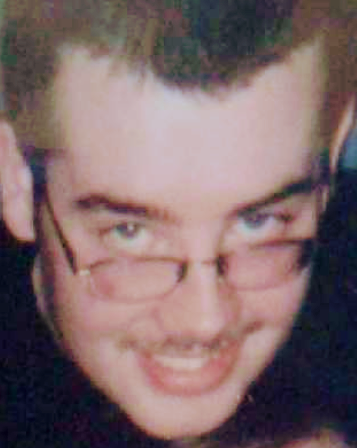 Jason's body is being donated by his mother, Sheila Marshall, to Anatomy Gifts Registry and through this donation he will live on through others and help the medical community.  A "Celebration of Life" memorial service for Jason will be announced at a later date after his cremated remains have been released from Anatomy Gift Registry.

Jason was born May 12, 1988 at Duke Hospital, to his parents Miss Sheila Marshall and Blaine O'Neal Carter. Jason was raised in Wake Forest and Franklinton, NC and he attended Franklinton High School. All through his school years, he remained an Honor Roll straight “A” student.  He passed away unexpectedly while living with his father Blaine O'Neil Carter of Suitts Store Road in Franklinton. Jason loved and enjoyed spending time with his family and friends. He loved listening to music, especially rap music.  He also enjoyed the North Carolina Mountains when he took vacations with his parents and he enjoyed trips to Pigeon Forge, Tennessee.  He was previously employed by Andy's restaurant in Roseville and Burger King Restaurants in Durham, and most recently by his uncle, Timothy Glenn Carter of Carter's Vinyl and Aluminum Siding Co., based in Franklinton North Carolina where he worked alongside his father as a laborer.  In his free time, he worked at the Thrift Store at the corner of Suitts Store Rd. and highway 56 in Franklinton.

He survived by his mother, Miss Sheila Marshall and her fiancé, Jeff Gregory of Franklinton, his father, Blaine O'Neal Carter and younger brother, Ethan Carter also from Franklinton, his grandparents, Mr. Charles Marshall and Brenda Marshall and his uncle, Chuck Marshall of Atlanta, GA, Cheryl Bedingfield and her sibling, Cindy, Betty Sue Garner and her daughters, Renee Ball of Louisburg and Susie Garner of Wake Forest, Deborah Carter and her husband, Beau and son, Matthew of Roseville, North Carolina, Carl Witt of Youngsville, NC, Richard Garner and his wife, Donna Garner and their son, Alan Garner, Mitch Whitt and his wife, Robin (parents of deceased Garrett Witt) and their daughter, Jennifer of New York, Bruce Garner and his daughter Sherry of Raleigh, NC, Timothy Carter from Franklinton and son, Sammy, Joyce Jackson from Franklinton, Julie Rollins, Daryl Rollins, Pat and Angie Toone from Louisburg, Jeanie Carter and daughter, Jamie Carter, William Toone of Zebulon and his son, Bryce, Rebecca Light and her husband, Buddy Light of Wake Forest and their children, Derek and Tonya, Carol Dellinger and her daughter, Gail Burke and her husband, David Burke of Henderson and their children, Caleb and Thomas Burke also of Henderson, Squeaky Dellinger and a dear friend since childhood, Timothy Brantley of Wake Forest.