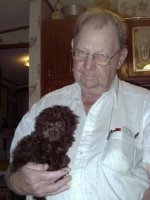 Harold Lucious Exley, Sr., 84, of Bunn, passed away Thursday April 16, 2015 at Nash General Hospital. He was born in Canton, Ohio to the late Roxy Boocks Exley and John Exley. Mr. Exley was a veteran of the Army National Guard.

Funeral services will be held at 2 o’clock Sunday afternoon April 19, 2015 in the Chapel of Bright Funeral Home. Burial will follow in the Wake Forest Cemetery.