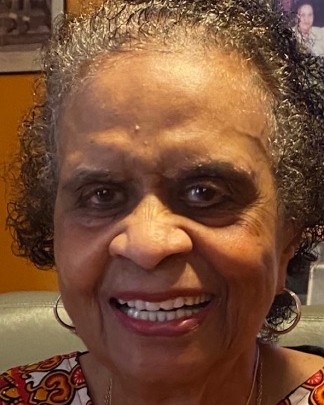 Her Story His Glory

Virginia Diane Woods-Caudle-Roberson, affectionately known as Diane or Ginny, was born September 18, 1938, in Wake County, North Carolina to the late Walter and Lessie (Battle) Woods. Virginia graduated from W.E.B. Dubois High School in May of 1956. She then married Solomon Caudle and moved to Buffalo, New York where she gave birth to her five children.  In 1966, she moved to Newark, New Jersey. Subsequently, she and Solomon divorced, and Virginia became a single parent rearing five children through the turbulent times of racial and gender discrimination in the north. She overcame these challenges and was employed by NJ Bell Telephone, now known as Verizon, and became one of the first women in the history of NJ Bell to hold the position of Frame-man.  Then, despite the housing discrimination market, she purchased a three-family house in the Vailsburg section of Newark, away from the toils of the ghetto, to provide her children a better life that included a safer home and better schools. Shortly after moving into their new home, city-imposed ordinances required that she make repairs and paint the house.  Short on funds, Virginia decided to do the painting herself.  During the summer of 1972, although only 4 feet 11 inches tall, Virginia climbed a 44-foot ladder, and with very little help, painted her house; an accomplishment she often laughed about and one of which she was very proud.

On November 4, 1978, Virginia married Elmer Roberson, also known as Robbie.  Together, they remained in New Jersey until retiring to Youngsville, NC in 1999.

After relocating to North Carolina, Virginia had a massive stroke in 2002, paralyzing her on the right side and leaving her in a wheelchair. Being right-handed, she had to learn to write with her left hand.  God’s grace that dwelled inside of her manifested outwardly and her gratefulness led her to never complain. Despite what may have seemed to be a life of pain and suffering, was a life of blessings as God continuously made a way out of no way with every challenge she faced. God satisfied her years with good things, numerous precious memories with family and friends, healing, protection, and a long life that gave her time to enjoy her legacy of grand-children and their offspring.  God honored Virginia’s desire to remain in her house despite her condition and continuously renewed her youth, like the soaring eagle, where you could witness His blessing on her life.  She was fashioned with beauty and a radiant and contagious smile that was sustained through her 83 years; she never looked like what she was going through.

Virginia had the spirit of a finisher, remaining part of the family group that spent seven years reading the Chronological Bible and participating at home, while in the hospital and rehabilitation center, and even following dialysis.  After having one major and four mini strokes, on June 4, 2006, at sixty-seven years old, Virginia completed her Associates Degree in Theology from Sonship Bible College in Raleigh, North Carolina. She continued to fight the good fight of faith and rely on God to honor His Word and promise to never leave or forsake her in every challenge life gave.

Virginia accepted Jesus as her Lord and Savior in 1987 and received the baptism of the Holy Spirit, with the evidence of speaking in tongues. However, after her stroke she felt that she had lost her ability to speak in tongues, until recently.  In 2021, while in family prayer, she became filled with the Holy Spirit and was blessed again with the power of tongues.

Mercy was her motivational gift.  Virginia had the heart of God with the ability to reach out to hurting people with compassion. She had a remarkable ability to reach those who were suffering and provide comfort with the words she spoke, the soothing touch of her hand, her facial expressions, and her smile. She had a forgiving heart, and she knew how to show love despite the circumstance and, ultimately, make personal sacrifices to ensure that others received the fruit of her love. She sought to teach her children that mercy was a form of strength given by God to those who would mirror the same love to others. She believed and lived a life that showed that everyone deserved to be loved and mercy was simply a part of that.

God gifted Virginia with a brilliant mind and courageous heart. She had the ability to strategize and execute a plan no matter the challenge or resistance. Virginia had many gifts and talents. She attended W.E.B. Dubois High School, excelling academically and athletically.  She was an honor roll student graduating as Salutatorian and was a star athlete. She served as a Sports Editor on the Dubois Gazette Newspaper Staff. She played the position as guard and was fast and a sharpshooter, who became the first eighth grade student to play on the high school basketball team in the school’s history. Many people would attend the games to see this fast 4-foot 11-inch player who was incredibly gifted in the sport.  She loved sports, especially football, basketball, and baseball. She was a self-taught seamstress, sewing clothes for her children and herself and, on occasion, to raise money for family reunions. Virginia was a master in the kitchen.  She could cook anything, and she baked the most amazing coconut cakes, sweet potato pies and peach cobblers. Virginia was an activist for change, fighting for women’s rights and fair pay.  She fought leading the challenge at NJ Bell for herself and fellow colleagues to be able to wear pants in positions that required them to climb ladders and bend, to be able to compete for positions previously held only by men, and to receive fair and equitable pay. Virginia was given the gift of song.  As a teenager she led the Choir at Corinth United Church of Christ in Youngsville, NC and later as part of the praise team at Agape Word Fellowship in Raleigh, NC.  After her stroke, Virginia continued to bless the Lord through songs of worship in private and amongst the saints in the sanctuary, which was one of her favorite things to do.

Virginia was a woman of integrity who taught her children to work hard and honestly.  She repeatedly said, “its right to earn your own,” “you never have to lie to obtain wealth,” and “it pays to be honest.”

Virginia attended Bethany Community Church and loved the fellowship. She treasured those moments and desired to attend church whenever she could. During the pandemic, she enjoyed watching Bethany Community Church, Kingdom Family International Church, and the Potters House with T.D. Jakes throughout the week. She stayed true to her faith and strived to stay close to hearing God’s Word whenever she could.

Virginia lived her life in a way that taught those who observed how to trust God, maintain the joy of the Lord, and lean on Jesus for help. She will be remembered as a virtuous woman, a strong woman who was short in height yet towering in strength. A loving and nurturing mother and grandmother, who in her last days did not talk much but, when she spoke it was with wisdom and divine instruction, laced in love and care. Her children and grandchildren recognized that she was blessed and one to be admired.  She will forever be in our memory to remind us of what God’s love looks like and we will forever cherish the lessons on how to live a life victoriously by trusting in our Lord.

Virginia loved her entire Woods, Caudle, and Roberson families, and especially her children, grandchildren, great and great-great grandchildren. She also loved and would do anything for her stepchildren and her foster children that she took custody of after the death of her beloved friend, Elaine Rhodes. Family was important to her; she always enjoyed the reunions, gatherings, and personal visits to her home.

Today, Virginia remains an example to the family as one who exhibited a true representation of an overcomer. In conversation, she reminded us that the Lord has been with her all her life, even when she was not with him, because He knew that she would be in this place, at this time, giving Him the glory. She continued to the end to proclaim that she could have overcome nothing without Jesus Christ her Lord, whether it was education, employment, housing, single parenting, marriage, or health. She continued in faith, exhibiting strength, endurance, and trust in her Lord, as she declared that she was an overcomer by the Blood of the Lamb and the word of her testimony.

Sunday, June 5, 2022, was celebrated as the Day of Pentecost.  It is befitting that the Lord would choose such a day to transition Virginia and promote her into glory and His presence forever. We rest as a family of loved ones knowing that she is now at peace, and like at Pentecost, we are reminded that the Holy Spirit dwelled in Mother Virginia and that she is now dwelling in the house of the Lord forever. To God be the Glory for what He has done in the life of Virginia Diane Roberson for His promises are Ye and Amen!