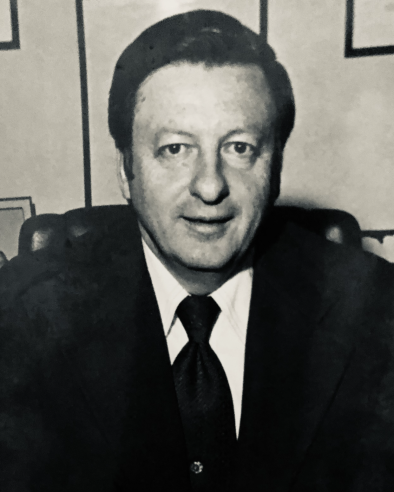 Francis Marion Strock, Jr. passed away on Thursday night, October 6, with his loving daughters by his side and holding his hands. He was able to live at home until the last six months of his life when he moved to Cadence Assisted Living Memory Care of Wake Forest. He had just celebrated his 96th birthday October 4th! Marion Strock served in the United States Army. He served at the end of WWII and was aboard a warship named the Dashing Wave headed for the ground invasion of Japan when the war ended. Marion graduated with a BA in business from University of North Carolina at Chapel Hill. He was Chief Internal Auditor of the NCDOT and retired in 1992 with 30 years of service.

Marion's interests were being with his family and taking care of his family. During his wife's stay at Hillside Nursing Home, he faithfully visited Liberty every day and at the very least, every other day for 15 years. Marion was known for his ability to repair anything! He passed this trait and determination along to his daughters, especially Karen.

Marion sang in the Longview United Methodist Church choir for many years. He also was a member of the Methodist Men and helped with preparations for the church cafeteria fair booth each fall. Francis Marion loved cars and trains. He grew up in the Seaboard train hub of Hamlet, NC. On April 22, 1955, he married Liberty O'Neal of Wake Forest. They were married for 61 years until Liberty's death.

Funeral service is Monday, October 10, 2022, at Bright Funeral Home in Wake Forest, NC. Visitation is at 1:00 pm followed by a service at 2:00. Interment will be at Woodland Baptist Church in Wake Forest following the service.

The family would like to thank Sabrina McNeill, his friend and caretaker at home for several months; Janet Hair his neighbor; Cadence Assisted Living Memory Care of Wake Forest; and Tonya Harris of Kindred Hospice for their care, patience, compassion and support.

In lieu of flowers, the family asks that you donate to the dementia foundation of your choice.