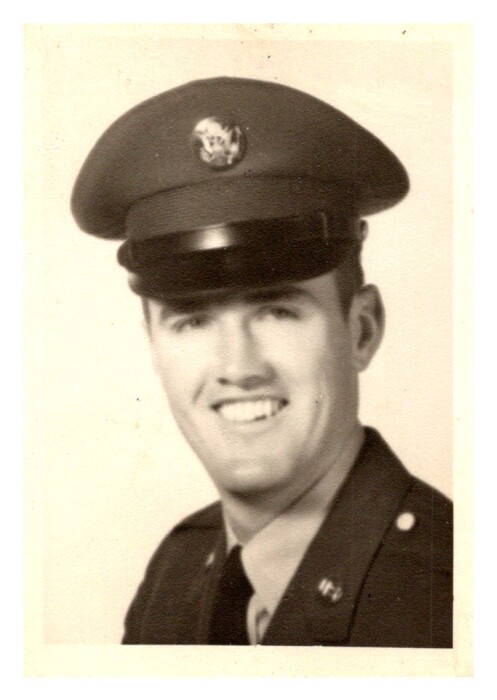 Michael G. Fitzsimmons, 83, died after a long illness on Saturday, October 8, 2022.  He was the son of the late Leo J. Fitzsimmons and Mary R. Dunne Fitzsimmons. He was a graduate of Sacred Heart School and LaSalle Institute (Class of 1957) in Troy, NY.  In 1959, Mike was drafted and served in the US Army in Berlin, Germany for 2.5 years.

Mike, affectionately known as “Fitz” worked with his father and his twin brother Matt at their family-owned grocery store, Fitzie’s, until he retired.  Fitzie’s was a mainstay in the eastside of Troy from 1939-2004 and was a part of the lives of many generations.  It was a place for the younger generations to hang-out and the older generations to visit with friends and neighbors.

For many years, Mike, known as “Clutch” to his co-workers, was a longshoreman and Safety Supervisor at the Port of Albany and the Secretary of the International Longshoremen’s Association (ILA) Local Union.

He retired in 1998, and moved to Youngsville, NC with his wife Jude to be close to their three children and their families.  Mike took a part time job at PetSmart after retirement which he thoroughly enjoyed.  He loved animals and enjoyed talking with the customers and helping take items to their cars.

Mike would say that he “loved his dogs more than people” at times.   His furry best friends, Dutch, Crystal, Tiny, Fitz, Dacoda and Shiloh brought him endless hours of enjoyment and they were always by his side.

Mike was an avid Atlanta Braves and Buffalo Bills fan.  Once he moved to North Carolina, he became an NC State fan and enjoyed his road trips to see the Mudcats baseball team play.

Thoroughbred horse racing was in his blood.  August in Saratoga was an anticipated time of year.  He and his daughter Davelyn took a trip of a lifetime to the 2009 Kentucky Derby to celebrate his 70th birthday.  Sunday afternoons were saved for watching the races on TV.

Mike married his high school sweetheart, Jude Masher and they have three children and seven grandchildren.  In August of 2022, they celebrated 59 years of marriage.  Jude stood by Mike’s side throughout his long illness and lovingly cared for him unconditionally until his passing.

He is survived by his wife, Jude (Masher) Fitzsimmons; and their children: Jude (Steve) Williams, Raleigh, NC.; Leo (Keri) Fitzsimmons, Durham, NC; Davelyn (Bob) Rednour, Franklinton, NC; and their seven grandchildren: Bridget and Daniel (Jude); Kaylee, Bryce and Shane (Leo); Sydney and Corbin (Davelyn); brother, Mark B. (Linda) Fitzsimmons of Scarsdale, NY; nieces and nephews and his  beagle, Shiloh.  He will be greatly missed by many friends, especially Pat Hogan and Mark Galuski of Troy, NY and his Army buddy, Dan Spreen of NJ. He is predeceased by his twin brother, Matthew and his youngest brother, Martin.

The funeral will be held Thursday, October 13, 2022 from St. Catherine’s of Siena Catholic Church in Wake Forest, NC at 5:00 pm.  The rosary will be said at 4:30 pm.  A memorial service will be held in Troy, NY at a later date.  Internment will be at St. Mary’s Cemetery in Troy, NY.

In lieu of flowers, the family requests that donations be made in Mike’s name to:

American Society for the Prevention of Cruelty to Animals (ASPCA)