The following sad announcement and obituary is made available by the good people at Bright Funeral Home in beautiful Wake Forest. 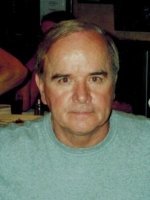 Joseph Francis Kennedy, 73, of Wake Forest, left us to be with the Lord after his courageous battle with cancer. He was born in Elizabeth, NJ to the late Francis Kennedy and Lillian Harrington Kennedy.

Mr. Kennedy graduated from Linden High School in Linden, NJ and later received a Bachelor of Arts and Masters of Business Administration from Rutgers University in New Brunswick, NJ. Joseph worked with Schering-Plough Corporation, Revlon, Pergo, Coty and most recently was self-employed as an IT Consultant. He was also a veteran of the US Air Force as a Senior Airman.

A memorial service will be held later in the year at Calvin Presbyterian Church in Linden, NJ.

The family would like to extend a special thank you to the doctors, nurses and staff at the Rex Healthcare Cancer Center at Wakefield in Raleigh, Dr. Sankar Adusumilli in Raleigh, Dr. Craig Warner in Raleigh, Bayada Home Health Care, Transitions LifeCare, and Rev. Charles Stratton of Youngsville Baptist Church for the care and attention they have given.

In lieu of flowers, memorial contributions can be made to Youngsville Baptist Church, P.O. Box 297, Youngsville, NC 27596 or to Transitions LifeCare, 250 Hospice Circle, Raleigh, NC 27607.